Its not about the slides

I was reading an academic opinion article on PowerPoint today and it was on the issue of how many slides you should show per minute. The writer noted, “you are asking them to stare at a PowerPoint slide for a full minute!”. Herein lies a fundamental problem with people’s understanding and use of PowerPoint.

If people are staring at a slide, the speaker has a problem. The slides should only ever exist to deliver or evidence a key message: if they don’t do that, the slide most likely shouldn’t exist in the deck. I would also suggest that, unless it’s an extremely technical aspect being explained, the information should be able to be understood in no more than 5 seconds. Now, that doesn’t mean that the slide only needs to be up for 5 seconds, because it doesn’t. What I mean is, using animation, bring up your points as you speak and that point should be able to be understood or read in around 5 seconds and then bring the audience back to you, the speaker.

Without question, the most important part of a presentation is the speaker…full stop! People should get the point or message on the slide and their attention should revert back to the speaker. The speaker’s job is to give context and meaning to that point, to create a connection between that point and the key message. In other words, they should explain WHY that point is relevant to the message and to the audience.

Not only in regards to slide content does the saying, less is more bear truth but also in the total number of slides.

Feel free to "Pick Our Brains" for 15 minutes. No obligation… we just want people to communicate better. 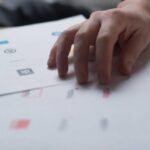 6 Tips for Effective Use of Icons in Design 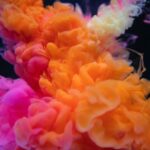 The art of managing a creative team – Part 2

This site uses Akismet to reduce spam. Learn how your comment data is processed.